a WMR Story by Colin King 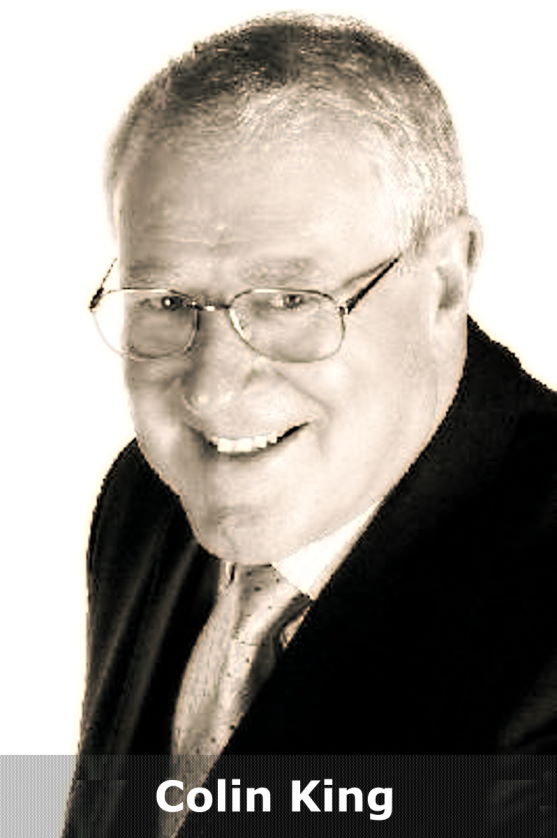 These are my fondest memories of what I can recall of WMR’s Andorra-period. Firstly there is a glint in my eye of amusement due to a situation that so very nearly happened.

My brother Robin, Nelly and Theo flew in from the Netherlands on 12 August 1973 to stay with us in Surrey. We all listened to WMR on my communications receiver. Theo had instructed his mother, Mrs Boekel, how to run the station. The programmes were pre-recorded and all she had to do was switch on the transmitter and press “play” at the appropriate time. The show was an excellent one and the reception in Surrey was strong.

The following weekend saw the raid by the Dutch PTT and the ultimate closure of the station. If ONLY they had raided ONE WEEK EARLIER!!! They would have found Theo’s mum, Vrouw Boekel, running this high quality and very polished shortwave pirate radio station, ALONE!!! She was a no-nonsense North-Holland housewife. Complete with her smock and her hair done up in a bun on the top of her head.

I just wonder what the authorities would have thought and how they would have reacted!!!

However, Robin was very keen to keep the spirit of WMR going. He was then very friendly with Tom Mulder (Klaas Vaak) of Radio Veronica and Radio 10 Gold fame. In fact Tom recorded his demo tape for his “Veronica” job in Robin’s studio. It was Robin’s idea for Tom to use the sound of a steam train morphing into Scarlett O’Hara by Jet Harris and Tony Meehan, for Tom’s signature tune. His genius was to phase the recording which gave a hugely satisfying sound that was both instantly identifiable and exciting.

Tom and Robin remained firm friends for many years. However it was around this time that it was becoming increasingly obvious that the Dutch government was going to introduce legislation to outlaw the offshore pirates, which included Radio Veronica.

At this time, in 1976, Robin had learned that there was a silent 49 metre shortwave transmitter owned by Radio Andorra. Letters were exchanged and it became apparent that nothing further would be achieved without a ‘face to face’ meeting in Toulouse.

At the same time, Tom, Robin and I met Bull Verwey, (Oom Bul), the owner of Radio Veronica, to discuss the situation and to see if there was any way the station could be saved.

The logistics would not have been dissimilar to the Radio Veronica’s method of recording all their shows and shipping them out to the boat. The difference would have been putting them in a van to Andorra instead.

The problems were:
1. It was on shortwave and how could Veronica persuade enough listeners to make such a dramatic switch?
2. How could they attract sufficient advertising on what was effectively a new medium?

Bull Verwey listened very carefully to what we were suggesting and he agreed to let us investigate it further. He agreed to fund our trip to Toulouse and also to Andorra.

I was a member of the Free Radio Association, which gave me access to its Chairman, Sir Ian Mactaggart. Sir Ian had already given me £10,000 to investigate and develop a drone based airborne pirate station idea I have hoped to form, Radio Kaleidoscope. It came to nothing and I promptly returned all of what was left of the money. I think this gave him confidence in me.

So I arranged a meeting together with Robin, in Sir Ian’s London offices at 55 Park Lane. He was very excited about the WMR aspect of the project, especially as Bull Verwey was prepared to fund our trip to France and Andorra. He immediately gave us £10,000 towards securing the deal.

The businessman in Sir Ian could see the huge hurdle that getting the advertising might present. So he telephoned his good friend Jocelyn Stevens who was a leading newspaper publisher. A meeting was arranged amongst the three of them, Sir Ian, Stevens and Robin.

Robin explained that WMR would be broadcasting to a multitude of countries and cited an organisation such as Coca Cola who had a similar market spread and asked how their advertising budgets worked. Stevens was positive about the project but explained that advertising was placed on a national basis. At that point Jocelyn Stevens arranged a meeting with a senior executive of the advertising agency, J. Walter Thompson. I never knew his name.

The upshot of the meeting was WMR would have to somehow create a sales team in multiple countries. This seemed daunting were it not for the Radio Veronica connection. As I understand it, Veronica funded the trip to Radio Andorra, Sir Ian Mactaggart contributed £10,000 and Jocelyn Stevens matched it.

So a meeting was arranged with Jean-Louis Marquet of Radio Andorra in Toulouse. On the strength of this, Theo, Robin and I drove to Toulouse. Sir Ian agreed to join us by flying to Toulouse Airport where we would meet him. He was really excited about this whole project and I could see that he might be crucial in securing the deal on the basis of it being between two very senior businessmen: “the money men”.

Sir Ian was due to fly in at around 11.00am ready for a lunchtime meeting with M. Marquet. Sadly the flight was cancelled and Robin and I had to hastily set up a phone call to discuss the revised strategy.

I recall the meeting in a typical southern French restaurant. M. Marquet took a long time to get to the point of our meeting. He was sizing us up. At one point, I recall him complaining about the temperature of the wine. “C’est un peu chaud, n’est ce pas?”

The next step was to see the actual equipment in Andorra.

We booked into the El Faisa hotel in Andorra La Viella.

The next day we were introduced to the wartime transmitter. It was a huge gun metal grey transmitter, rather clunky in appearance. A far cry from Theo’s farmhouse attic.

We were shown another much larger transmitter which we were told would be for Radio Veronica. Theo suspected that it was a medium wave transmitter and that they didn’t at that moment have the sort of capability that Veronica needed.

When questioned, they answered enigmatically, “Well all things are possible.” With the inevitable Gallic shrug. It was now down to money and commitment.

The three of us agreed to buy for WMR, 6 months airtime on Radio Andorra.

A phone call to Sir Ian confirmed his agreement to the funding. About 10 days later, Jean-Louis Marquet organised a WMR test transmission for free, to establish reception in and around Europe. Reception was fine in the Netherlands but, of course, it had all the shortwave characteristics.

Back in The Netherlands, Bull Verwey heard the signal and the transmission. After a long discussion he decided that there was no future for Veronica in it. So he withdrew from the project. But he did offer us some of the assistance with advertising for WMR.

At that point, I returned to England leaving Robin to look into the advertising.

Radio Andorra transmitted WMR programmes for 6 months, at which point, due to little interest in advertising, the funding ceased and the transmissions stopped.

BUT THAT WASN’T THE END FOR WMR - WORLD MUSIC RADIO!