The Journey of World Music Radio 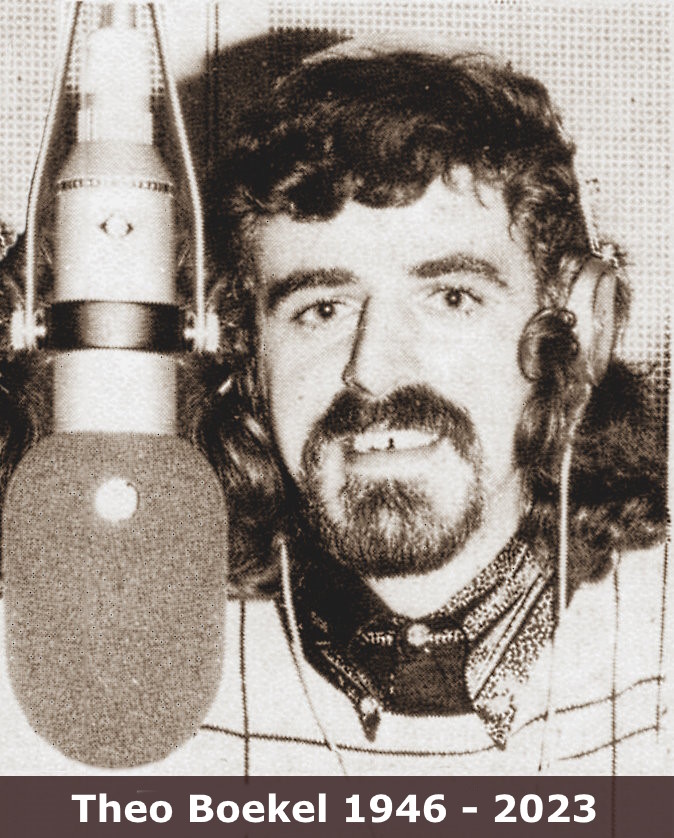 WMR - World Music Radio started as a shortwave pirate station broadcasting every Sunday in the years 1967-1973. The founder was Theo Boekel (aka: Theo Verstraeten). This Brabant radio enthusiast thought at the time that there weren’t any good music radio stations on the shortwave and decided to start one himself. Being a technical engineer, Theo built a transmitter and started broadcasting sometime in 1964, first on Medium Wave then on Short Wave on the 41-metre band under the name "Carolien" and later on the 49-metre band as "Euroweekend Radio" with Dutch programmes, but it was not until 1967, when the station changed its name to World Music Radio, that WMR became popular. That is to say, with the group of radio listeners who were tuning their radio devices every Sunday in search of pirate stations (see The Early Years story in the Extra section).

WMR started receiving lots of mails, had its own fan club, a magazine and even a single about WMR! The postal address was then in St. Helens, Merseyside in UK. The broadcast frequency was 6250 kHz with a power of 280 watts from a farmhouse at Zijdewind near the town of Alkmaar in the north of the Netherlands. However on August 19, 1973, at the peak of popularity the station was raided and closed down by the Dutch authorities. The fun was over. 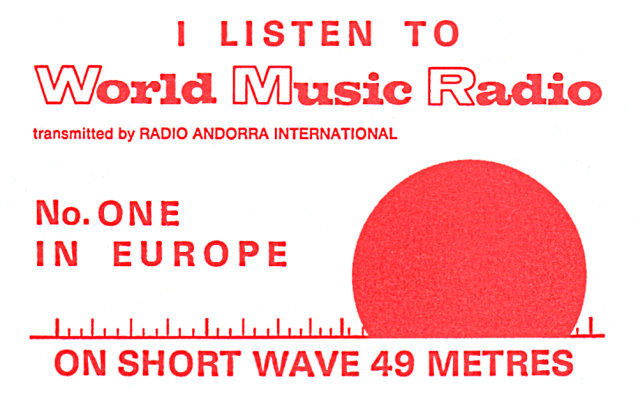 Theo wanted to continue (the pirate business had become a thing of the past for him) and was looking for a legal way of broadcasting. This search would take years and there was also a plan to start WMR from the offshore ship (MV Condor) together with a new Belgian station Radio Condor, but this didn't materialise. Eventually WMR came back on August 28, 1976 via Radio Andorra's 10kW shortwave transmitters on 6230 kHz (see The Andorra Affair story in the Extra section). World Music Radio programs were again aired every Saturday between 08.00-16.00. Program makers were Theo Verstraeten himself, Lee Alvin (from England), Paul Dane (from Denmark) and the Dutch deejays Danny Thomas and Rob Ronder. The programs of WMR were well composed with mainly international music, partly presented in Dutch and the rest in English. The DJ’s recorded the programs in their home studios and the tapes were then sent to Andorra for broadcasting on shortwave.

In the beginning of 1980 there were again a flurry of Dutch activities in Andorra, broadcasting at 6220 kHz. On Friday from 23.00-24.00 there was Supergold with Paul Dane, Saturday from 23.00-01.00 Lee Alvin and Sunday from 23.00-24.00 a DX program with Paul Dane. Reactions started pouring in from all over the world to the by then Amsterdam PO Box number. The intention was to increase the broadcasting time on Radio Andorra considerably. Unfortunately due to the lack of sponsors the activities had to stop in October 1980, followed by the definitive closure of Radio Andorra on 26 March 1981: the Authorities did not renew the station’s license. With that the last act of Dutch radio via Andorra had come to an end. 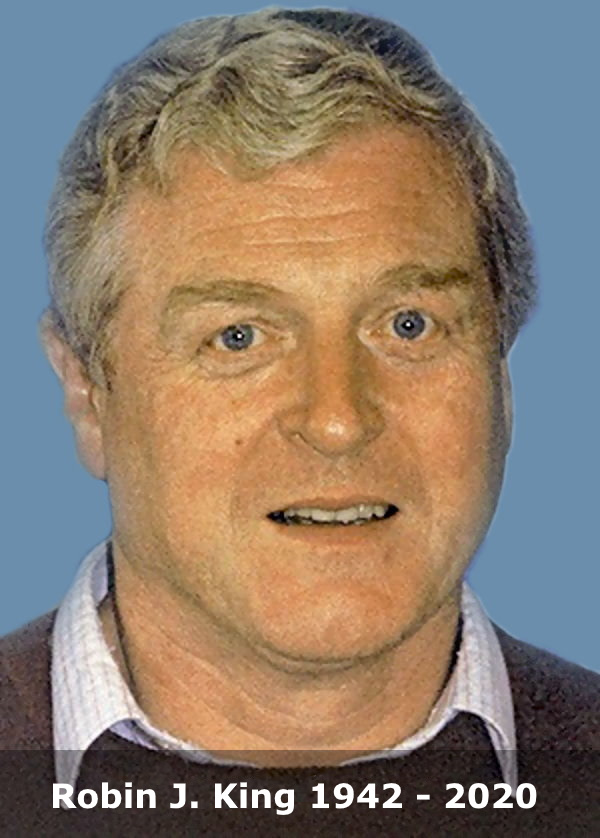 One of WMR’s pioneer Robin J. King (known on air as Lee Alvin and earlier as Dave Hanleigh) played a key role in getting World Music Radio back on the air once again, signing an agreement with his Italian counterparts at Radio Milano International: the first free radio station in Italy. A station that had similarly been founded by four young people like WMR (see The Italian Connection story in the Extra section). In 1982-1983, from the HQ in Amsterdam, several hours of English programs were produced and aired via the transmitters of Radio Milano International on 1301 kHz (1kW) medium wave and 6221 kHz (1kW) short wave as well as on 101 MHz FM (5kW) locally in the Milan area. The collaboration with Radio Milano International ended in 1983 but soon a new one was established with Radio Dublin International. Programs were broadcast on 1188 kHz (5kW) medium wave and on 6910 kHz (1kW) shortwave from Dublin as well as via FM stations in Italy and France. In the same period WMR also established its own radio station in the Pavia area in northern Italy which broadcast 24 hours a day on 91 MHz FM (100W). In February 1989 the experience with Radio Dublin ended with the seizure of the transmitter by the Irish P & T.

By early 1990s, WMR's pan-European project was at a standstill due to lack of funds and prospects for collaboration with radio broadcasters. 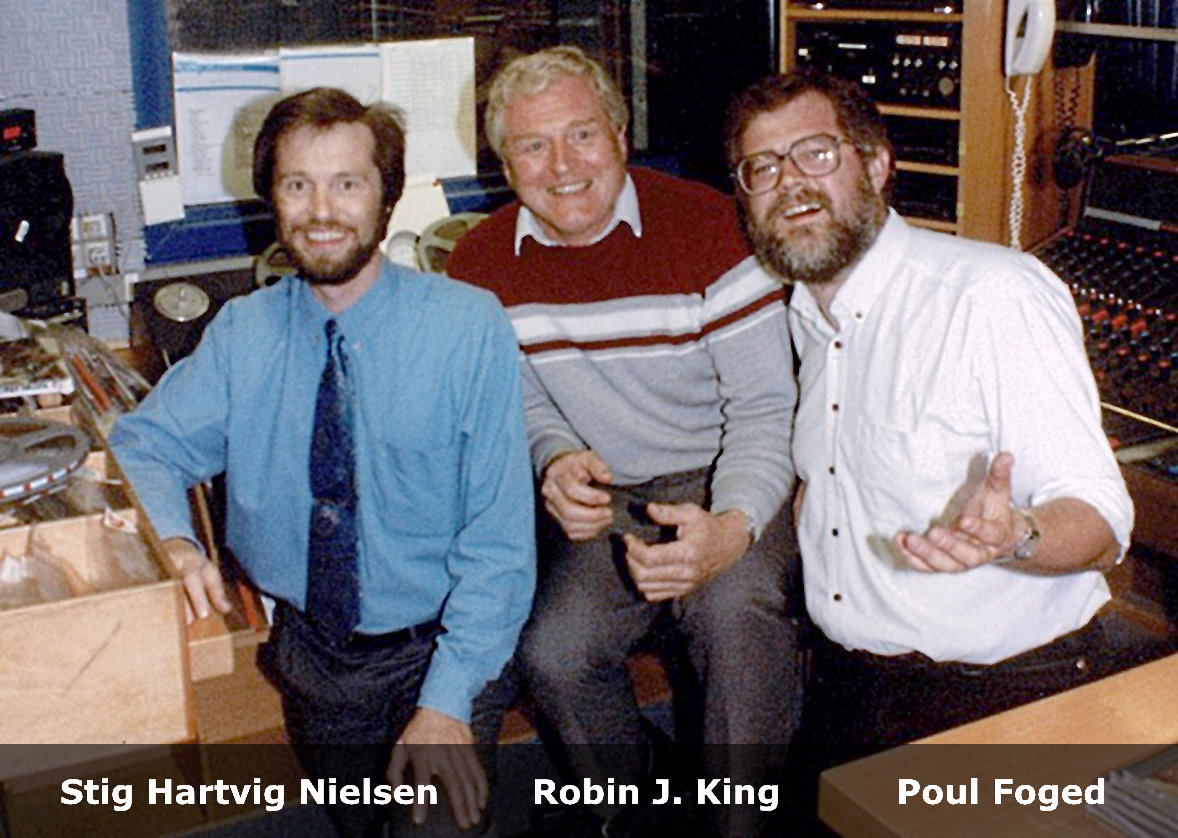 Then in 1997 WMR resurrected again and temporarily returned to air from May to August by renting slots from RSA Radio in Meyerton, South Africa. Their 250kW short wave transmitter offered worldwide coverage but with Africa as the main target area.

In early 2003 from a new HQ in Denmark, preparations to re-launch WMR once again started, and this time using own transmitters as was the case in 1967-1973. In August 2003, permission to use 5815 and 15810 kHz was granted by the authorities in Denmark, and new transmitters were ordered. New offices and a new on-air studio were completed in February 2004; meanwhile new antennas were being erected near Karup in Central Jutland, Denmark, and the first test transmissions took place on May 9 on 15810 kHz and May 18 on 5815 kHz with a new format of tropical world music. The transmitter for 5815 kHz was running at half power (7kW) and the test transmission on this frequency provided very good reception up till around 1,000 km from Denmark. At night the signals travelled even further.

The results from the test transmission on 15810 kHz (500W), which ended June 17, were less successful. Besides shortwave, WMR was also available worldwide via the Internet, and locally in Eastern Jutland, Denmark on FM 104.2 MHz from mid September 2004.

Disaster struck in the form of a hurricane storm on January 8, 2005, destroying the WMR antenna at the transmitter site near Karup, western Denmark, which silenced WMR broadcasting on 5815 kHz.

In 2020, from the Netherlands, this new "classic" web channel - www.wmrclassic.com - began testing and became available online in 2021 with the original music format from the '80s including original recorded programs from that period.