a WMR Story by Andrea Ravetta 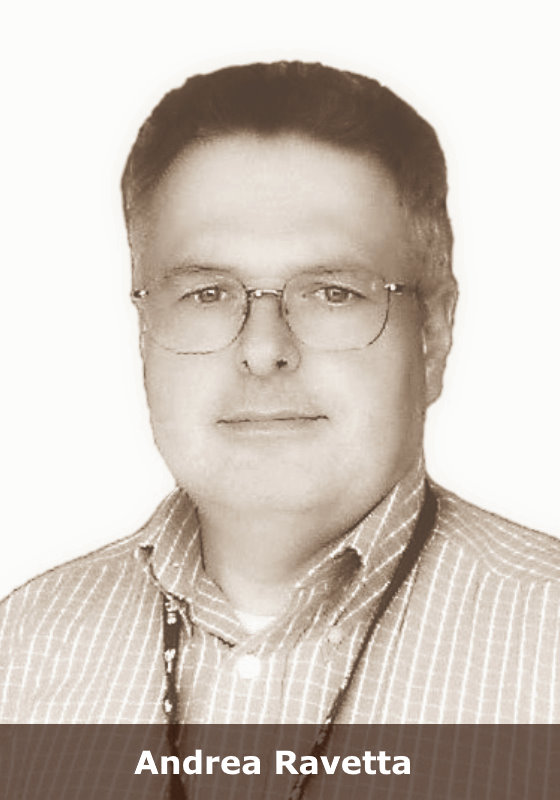 In the early '80s, my friend Paolo Attivissimo and I, both high school students, were involved in the world of local radio stations which had a strong following among the younger generation after the liberalization of 1976. In his spare time, Paolo was a DJ at Pavia Radio City while I was a "technical assistant" at Radio Pavia.

Both of us, however, felt a strong attraction to the radio stations of the great metropolis of Milan and in particular, Radio Milano International, the first Italian radio station conceived on March 10, 1975 from an idea of the brothers Angelo and Rino Borra, Piero and Nino Cozzi. Since its beginning, the station had established itself as a new disruptive reality of the Italian airwaves, with its programs, its music from the United States, the magical frequency of 101 MHz FM spoken as One O One, with the unforgettable jingles of Benny Brown of Radio Luxembourg.

One spring day of 1981 I decided to go to Milan to see RMI and I met Rino Borra and Leonardo (Leopardo), the most famous DJ on the radio. I immediately got in touch with Rino who, being also from Pavia, showed me around the radio station and explained that medium and short wave transmitting equipment had recently been installed in Zinasco near Pavia not far from my local village.

Obviously I couldn't resist but go and see them. It was a thunderbolt, the 50-metre antenna mast, the log-periodic dipole array antenna for the SW bands, the transmitters of military origin with the characteristic smell emanating from the incandescent tubes. From there my interest in shortwave radio began, which then led me to obtaining my Amateur Radio License.

In the meantime, thanks to contribution among a group of friends, I bought an FM transmitter kit and as soon as it was assembled and installed at my home in a village near Pavia, I began to relay RMI transmission on 91 MHz FM along with some programs made by Paolo - the name of the radio was Radio Canale 91 which later was changed into Ninety-One Radio.

One evening in January 1983, while cleaning the room after a party with friends, I decided to listen to some music; I turned on my stereo system (the tuner was permanently fixed on 101 FM) the station was RMI but strange enough the music was not the typical "funky/black" one, it was more pop/easy listening and suddenly a voice in English announcing "This is World Music Radio - WMR".

I immediately started to record on cassette and stayed for hours listening to the program. The next day I called Rino and asked for information about WMR, the answer was: "it is a Dutch radio station of which we broadcast programs at night on medium and short waves, but since we are missing a direct connection between the studios in Milan and the transmitting site of Zinasco, we use the FM frequency to repeat the signal.” In the following days I continued to listen to World Music Radio programs via RMI and my interest in WMR just grew exponentially.

In March 1983, I decided to write a letter to WMR and with Paolo’s help in the English language, we asked for more information about the station and its programs. A few weeks later I received a reply from Robin J. King who, in addition to providing all the requested information, asked if we had any shortwave plans for our little FM station.

This was the beginning of an intense exchange of letters that resulted with Robin coming to Italy to meet with us. I still remember with emotion when Paolo and I went to pick Robin up from the Central Station in Milan and brought him to a hotel in Pavia. In the following days, there were meetings and discussions about how to collaborate on the WMR project which led to the foundation for the creation of WMR Italy… and a lasting friendship.

We immediately changed the name of Ninety-One Radio to World Music Radio and began to broadcast programs provided by Robin on cassettes mixed with non-stop music. We then decided to purchase a Sony MTL-10 multi-cassette player which allowed us to use 10 C-120 cassettes (2 hours each) in automatic mode for a total of 20 hours without interruption. 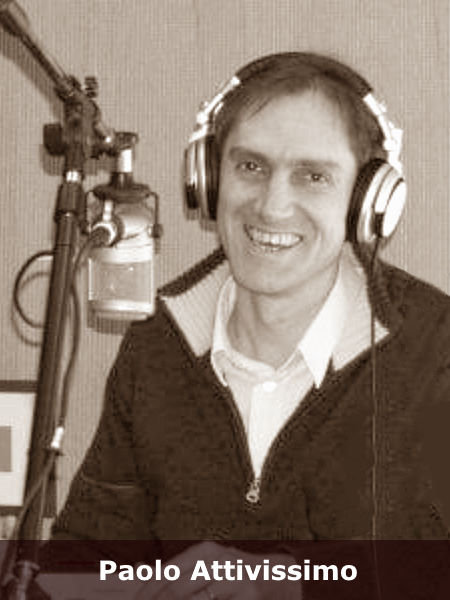 Paolo (being also a native English speaker) began to produce programs for WMR under the pseudonym of John Sinclair and these were broadcasted together with those produced by Robin (Lee Alvin), Oscar Hansen and Paul Dane from Denmark. I also had the opportunity to visit the WMR's production studio in Holland several times and to meet WMR's treasurer Frank Van Der Zouw together with other WMR contributors.

On one of my return trips, I even had the opportunity to spent an evening at Radio Luxembourg English Language transmission studio with the legendary Benny Brown, the golden voice behind RMI jingles.

In the meantime the collaboration WMR-Radio Milano International had become more and more complicated due to the lack of communication with the station manager Angelo Borra of RMI so Robin decided to concentrate his efforts and resources on WMR Italy, also trying to propose WMR programs to other local Italian stations.

There was a positive feedback from many stations among which Radio Luna Pavia, Radio Luna Caserta, Radio Luna International Trento and also in France through affiliated stations of Agence France Radio. After terminating the collaboration with RMI, Robin reached an agreement with Radio Dublin International for the transmission of WMR programs on medium and short wave. In Italy, the WMR Italy FM signal power was increased and plans to broadcast from Italy on short wave with own transmitter was established.

For this purpose, Robin acquired in the Netherlands (at a military depot market), a 1 kW Hallicrafters BC-610 transmitter for short waves and sent it to Italy but unfortunately the poor condition of the apparatus prevented its usage.

In August 1986 I had to leave for military service in the Italian army and left the managing of WMR Italy's in the hands of Maurizio Modica, Station Manager of Radio Luna Pavia. Transmissions on short waves were also expanded thanks to the support of Alfredo Cotroneo of the Italian Radio Relay Service (IRRS) who had already set up a broadcasting site near Milan with a 10 kW Siemens transmitter using a very efficient and innovative single sideband reduced-carrier modulation (SSB-RC).

Upon returning from military service I continued to run WMR Italy until the end of the decade, until a new regulatory legislation of private Radio/TV broadcasters was introduced with stringent administrative and financial requirements. I was then forced to end WMR Italy's activities even though World Music Radio programs continued to be broadcasted by Radio Luna Pavia, by IRRS and by many other local stations in Italy and France.

The continued lack of funds and faded interest for international SW broadcasting forced Robin King to eventually end the production of programs at the beginning of 1990 and he subsequently handed over the WMR project to the Danish colleague Stig Hartvig Nielsen (Oscar Hansen) who succeeded in legalising WMR as an official short and medium wave radio station in Denmark.

University studies and working commitments kept me away from the radio world for more than twenty years even though I have always maintained the interest and desired to be actively involved again.

The opportunity arose when I moved to the Netherlands in 2020 and having the availability of free time, I was able to finally realise an old idea to digitize the programs produced in the '80s and to re-broadcast them on a website. I had always kept in touch with Robin all these years and finally obtained the approximately 300 cassettes with about 600 hours of programs. Unfortunately Robin King passed away unexpectedly in June 2020 and never saw the birth of this project, which is now available online at www.wmrclassic.com along with a Web radio, WMR Classic!